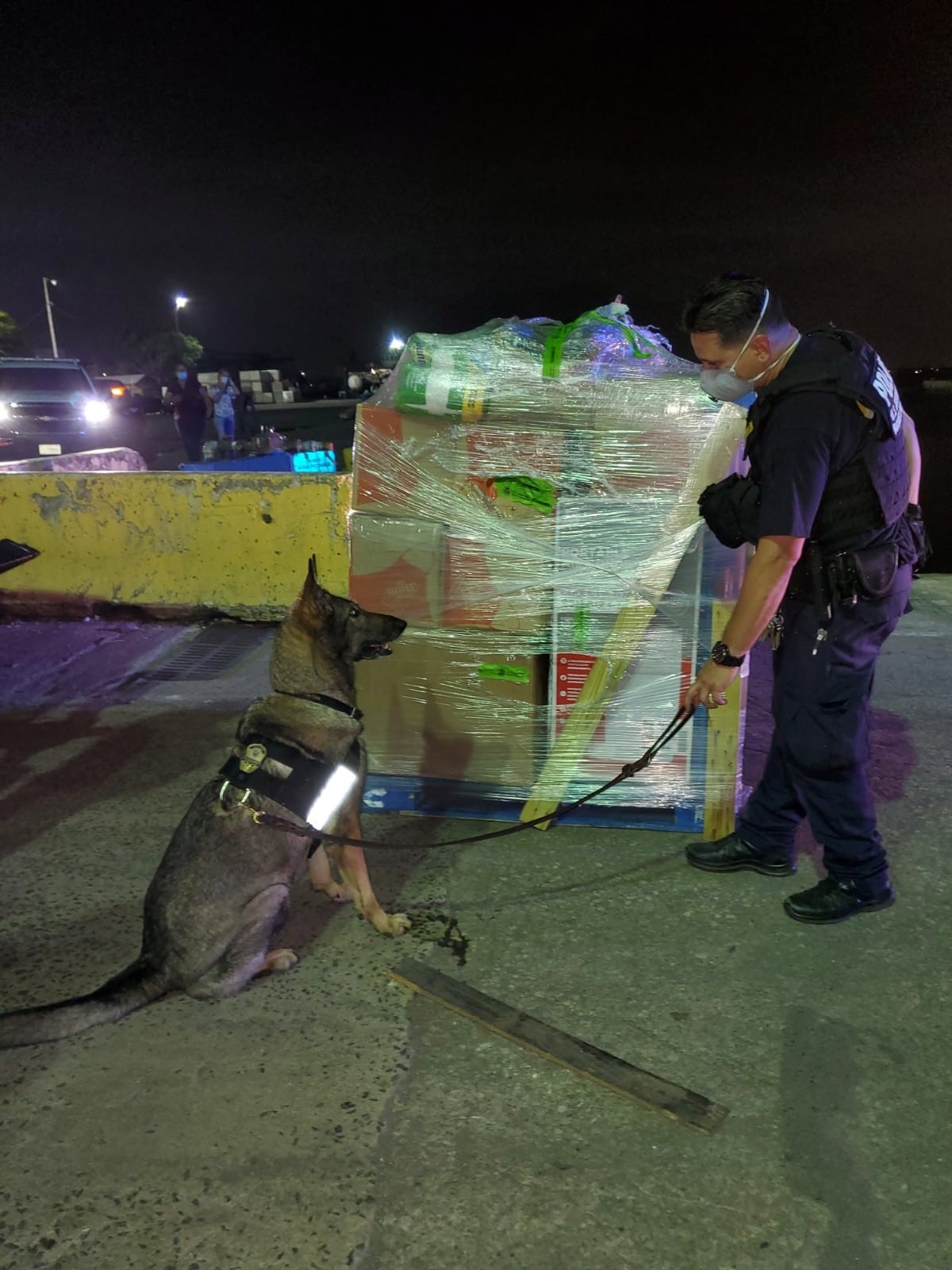 “Legal currency can be transported if properly declared under US law.  Transnational Criminal Organizations seek to conceal proceeds and move it as part of their criminal activities,” indicated Gregory Alvarez, Director of Field Operations in Puerto Rico and the US Virgin Islands.  ““We remain committed to working with other federal and local law enforcement partners to detect and deter smuggling attempts throughout the Caribbean.”

During outbound inspections for cargo on board the vessel MV Norma H II Voyage 818, a CBP K-9 alerted on some un-manifested pallets containing home moving boxes destined for St. Thomas.

CBP officers opened one of the boxes and discovered US currency wrapped in vacuum-sealed packages. Further inspection of the pallets revealed a total of (34) cargo boxes containing the rest of the undeclared currency.

CBP seized the currency under failure to declare and bulk cash smuggling laws.

This is an ongoing collaborative High Intensity Drug Trafficking Area (HIDTA) investigation being conducted by CBP, the DEA Caribbean Region, HSI San Juan and the United States Attorney’s Office for the District of Puerto Rico.